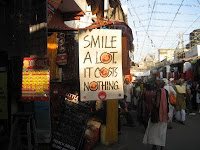 The other morning I decided to initiate the practice of daily writing prompts. I had to look something up in the fabulous collection of writing exercises compiled by Behn and Twichell, The Practice of Poetry the day before. I have referenced particular exercises in the book many times and I have it as a recommendation to teachers but I have not approached it as a writer in a long time and certainly not a daily practice. So I decided to go through it and endeavor to complete each exercise while maintaining a daily discipline.
The first exercise in the book is from Ann Lauterbach, called “First Words.” Here is the result of that morning’s response, quoted verbatim, no edits, just out of the brain:
I remember that I was thrilled to be learning to read. I was barely 5 years old and it made sense to me – the decoding process. The letters were sound symbols and I was deciphering those legends to make patterns that translated into thought and understanding. It was incredible.
I was driving with Daddy out Teall Avenue from the Rugby Apartments in his little maroon bubble of a 1960 vintage Saab with the gray scratchy wool covered bucket seats. I loved my dad. My mom had married him when I was 4 and it was so much fun to have a dad who laughed and hugged, so completely different from the austere, demanding chisel of stone my mother had divorced. So we were off somewhere together, just the two of us in the little bubble car, turning from Teall Avenue onto the cut-over street towards GM Circle when I saw approximately five words on a billboard that opened up to my young mind like a treasure chest. I read them out loud like a chant. Daddy was so surprised. So was I…and thrilled. I understood that something was very different in my life. I had discovered a form of freedom I had never known. It was so marvelous. I tried another billboard, the names of businesses on the buildings we passed. I don’t know if he was being driven nuts by my verbal outbursts or if he was amused. Perhaps he was somewhat overwhelmed by bearing witness to this unfolding miracle that the capacity of my brain was expressing. He was very new to fatherhood, having now an infant and a child ready for kindergarten at the same time. I bet he felt overwhelmed by it all.
I also figure that his love was so strong that the fear was overridden by joy for the family he now had, the family to which he was responsible. One small reward, driving with a curly headed laughing girl blurting out the words of each billboard like they were scripture…and this was his alone to witness.
My father would be 85 years old this August 22nd, were he still with us. Vladimir Popoff was a man of simple needs and tremendous intellect. He was also very funny, deeply loving, and totally honest. I am honored to carry his name and to have been his daughter.
Thanks again for following my blog. I appreciate your consideration of my words and thoughts.

28 thoughts on “I Have Always Adored Signage”